Let Me Photograph You 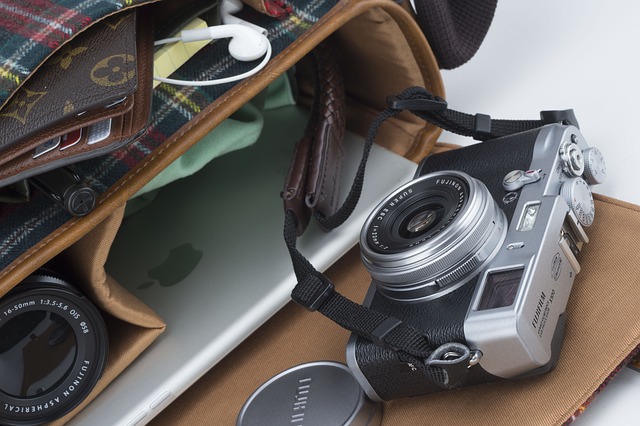 Let Me Photograph You

This is Day 6 of “7 Stories in 7 Days”. I asked my Facebook followers to give me a line from a favorite song to use as a writing prompt. I have not looked up the context of these lines so any similarity to the actual song is purely coincidental.

Ginny and Craig had been high school sweethearts. It wasn’t the combination you might expect to last this long. Craig was the President of the school Science Club while Ginny was a mainstay on the Robotics Team. Craig was confident in his mental capabilities but was bashful around girls. Their first date had been the Sadie Hawkins Dance but only because of the tradition for the girls to ask the guys out. From that first dance on, they were practically inseparable.

They both graduated high school with honors and were awarded academic scholarships to MIT. Craig eventually earned his Master’s degree in jet propulsion while Ginny got her Master’s in artificial intelligence. When they were both granted positions in the Doctorate program at Georgia Tech, they decided it was time for marriage.

The world had become an ugly place to live. After the US Presidential elections in 2016 and then England dropping out of the EU shortly thereafter, the world economy collapsed. Al Qaeda strengthened their offensive strategies and mounted a concerted take-over of the Middle East with promises to expand even further. The US Congress voted to institute Marshall Law and suspended the Constitution. Private sector jobs steadily declined as the only growth opportunities were now within the government controlled regime. Ginny and Craig considered themselves fortunate, having landed lucrative positions within the NATTO, the North American Time Travel Organization. Great strides had been made in time travel with test trips going back 1 or 2 weeks almost becoming routine. A plan has hatched within the organization to travel back to 2016, change the outcome of the US Presidential election and to keep England ensconced within the European Union.

Craig and Ginny had been awarded one of the few child birthing certificates released in 2025. The government had decided to limit childbirth in an attempt to relieve some of the burden on the floundering social programs. A side effect that was also expected was a brighter generation, capable of leading the country out of its depression. Craig and Ginny, though, had already decided they would not be responsible for bringing a child into this world full of chaos.

Time travel so far had been performed merely as observers. The underlying code of conduct of the NATTO was “Leave no Trace” and any attempt to alter the course of history was expressly forbidden. There were still questions about what the effect of altering the past would have on the time-space continuum. It was a strongly held position, but so far untested, that any changes to history would have catastrophic consequences with a likely outcome of death for those responsible. This mission was different. This mission was not to observe but to purposefully change the course of history, under the pretense that it was all for the sake of the welfare of the world. All participants in this mission would know it was likely a one-way trip.

With their vast knowledge, unerring devotion to each other and their fellow man, and with no children at home to tug at heartstrings jeopardizing their decision making processes, Ginny and Craig were selected as part of the 25-person expedition to return to 2016. There would be 2 primary objectives in returning to 2016: assassinate the future winner of the US Presidential election and also assassinate the Chairman of the Bank of England. Ginny and Craig would there solely as mission specialists responsible for systems within the transport vehicle.

The night before the mission launch, all members of the traveling group were gathered for a formal debriefing outlining the entire scope of the mission. The mission commander reiterated “Due to the enormity of the scope of the events that are about to transpire, the future will be irreparably modified. Expect that NATTO will cease to exist as conditions will never be in place for it to be created. The likelihood is great that you will be stranded, unable to return. Once it is discovered who you are and the purpose of your mission, expect to be detained, imprisoned, and likely killed.

Early the next morning, the group entered the time travel capsule and the target date, May 16, 2016, was programmed into the system coordinates on the console. Ginny and Craig glanced at each other, “One week before high school graduation.” Ginny whispered to Craig. Within a few hours of successfully landing in their target zone, every news outlet in the world was running non-stop coverage of both the assassinations in the US and England. Craig looked at Ginny and said “Our mission here is complete. There’s no going back and we are here to stay. We have no allegiance to this ship, it’s time to create our own, new future.” Using the forged documents they were issued in preparation for their travels, they were able to rent a car and return to their home town. There, they would be observers, only, careful not to divulge their true identities.

As the sun set slowly in the west, Ginny reached into her satchel and pulled out a portable camera. She had secretly stashed it away to document any unexpected events. She turned to Craig and said “Let me photograph you in this lighting case it is the last time we may be exactly as we were.”

Within a week they were both apprehended by the FBI, following a paper trail of receipts from the forged credit cards. Already in government custody and charged with high crimes and misdemeanors along with treason, they knew their next date would be with the executioner.