Help Us Hollywood - Put an End to the Star War 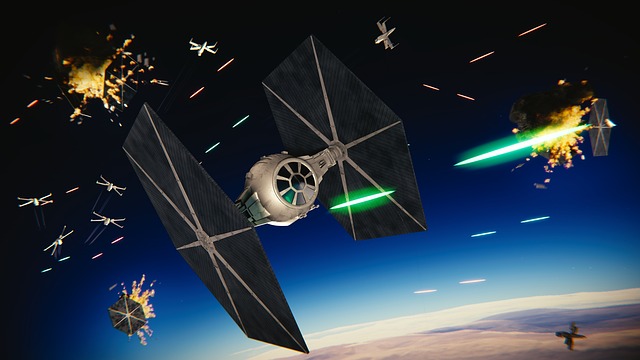 Help Us Hollywood – Put an End to the Star War

Shelley and I went last week to see Star Wars – The Last Jedi at the movie theatre. Though this installment has been out for a while, I can say that I’ve seen every episode on the big screen during each first run. During our discussion and critique on the way home after the show I have come to the following conclusion. It’s getting old.

Star Wars – A New Hope was released in 1977. With the release of the current episode, this war has been going on for 41 years. Though it started the year before my birth, I grew up with the Vietnam War as part of my daily dose of news from the moment I understood I was watching current events on the television all the way through high school. We often heard of new tactics being used, new weapons being introduced, and were constantly being bombarded with casualty statistics from both sides of the skirmish, as if saying as long as we kill more of them than they do of us, we’re winning, somehow.

This is the epitome of hypocrisy in Hollywood. They get on their soapbox and preach how bad our presence is in Afghanistan and Iraq. They strive to drive the social conversation about our country’s involvement in any conflict outside our nation’s border. Yet, they have no problem glorifying the very thing they claim they abhor for the sake of a buck.

Hollywood has the ability to create their own reality on the big screen that we easily allow ourselves to fall into, to become part of. If their ideas are as superior as they want us to believe, then SHOW us how to do it. Show us a better solution by ending the Star War. Haven’t we lost enough lives? Hasn’t it gone on long enough? If you have the solution for our own global problems, show us how to do it, you have a war that you can stop.

In the business world I was always taught not to complain about something unless I could offer an alternative solution to address the problem. Hollywood, I’m asking you to do the same. If you can’t offer a better solution and show it to us, just shut up.