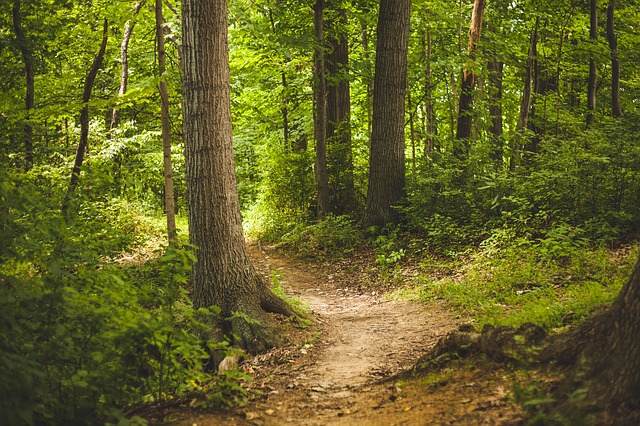 It was late August. The air was thick and heavy with humidity. There was no wind, no noise, it was as if the world had come to a complete stop.

Elinor was where you could always find her, deep in the pasture out of sight of home or any neighbors. From the time she was a little girl she loved the outdoors. She would lay on orologi replica the ground in the winter and make snow angels, dance around naked and stomp in the puddles during the spring downpours, and now sit in the stifling heat, contemplating life. Being inside was akin to being in prison. Outside, her spirit could roam free.

On this day, as usually the case, Elinor was drawn to woods, down familiar path awaiting to transport her away the oppressive rays of late afternoon sun in cooling shade of relojes de imitacion the thicket. This, above all, had always been her private sanctuary, her portal to self. Once in the shadows, she could hear the buzz from the hordes of flying insects searching for any drop of moisture to quench their own thirst. Squirrels and rabbits and chipmunks were nestled under fallen trees, birds sat motionless in the canopy, as everyone was conserving energy, waiting for the relief of dusk.

Elinor continued her familiar journey, farther down the path, deeper into the woods, closer to her soul. She knew just a couple of hundred yards ahead was her own piece of heaven.

The sun was just dropping below the tree line as the first signs of dusk descended over her domain. She paused and sat for a moment on the stump of an old tree, a remnant of one of the logs used in the original homestead now being used for dry storage. The stump was covered in moss, scattered with tiny purple flowers which attracted the occasional butterfly. Sitting on the spongy moss reminded her of her own comfy, overstuffed chair, the one her daughter had grown to love and now, her granddaughter.

Just ahead, through the opening created by the path, was a small meadow – her meadow. Only 20 yards or so across, it was surrounded by trees, wildflowers were scattered about and bushes softened the transition from grass to the base of the trees.

Twilight. Elinor slowly entered the meadow, careful not to disturb the creatures that called it home. In the center of the meadow, she stopped. She slowly turned around in circle, surveying everything around her, the grasses, the wild flowers, the butterflies, the bushes, the trees. But this time she noticed something different. There was rolex replika shimmer, like the heat waves rising off parched earth. These weren’t heat waves, though vibrated in place, not rising to sky. She took a step and the shimmering stopped but as soon as she stood still again, the shimmering resumed.

Not being able to decipher the ‘noise’ was frustrating. It reminded her of the feeling that overwhelmed her when her young daughter pointed out a hidden 3-D poster. “Do you see the horse?” she would ask, tracing outline of zegarki repliki the horse with her finger. Elinor remembered staring so hard trying to see she was surprised she hadn’t burned a hole right through it. But just as she was about to give up, relaxing her eyes to turn away, POP, it seemed to just jump out at her. What had been invisible right in front of her was now so much in focus she couldn’t not see it.

In the middle of the meadow, Elinor calmed her mind. She focused on her breathing, slowing it down. She softened her gaze. The shimmering started to slow. The mesmerizing waves started to transform into shapes, first in the distance near the bushes then slowly across the meadow until she realized she was completely surrounded. Looking down she could see them; pixies, imps, sprites, fairies, hastily preparing for their nighttime activities. She knew in her heart they had always been there, she had been too wrapped up in her own world to notice. Now, with more appreciation for a life lived and abundantly joyful, she had become aware of source and these little creatures represented all the unseen help she had received along her journey of life. She thanked them for allowing her to see and those close by just giggled, knowing the truth. реплика часов